Where the hell are you guys????

GAWD I AM RETARDED, SOMONE SHOOT ME NOW!!!

I almost forgot to announce something.

my brother is getting married today, and i'll see him tonight cuz he's flyin up to ohio
WHOOo

anybody who likes my art...stuff thingies, can see a bunch here.

nothin new today, well except for the lack of seniors at my school. DAMN YOU LUCA!!! j/k

this week with my paycheck and the help of my grandmother, i plan to purchase a bass guitar, i'll have to by the amp next week.
well TTFN!

The one and only Critical Fail wall paper

i was tryin to keep my mind off of things by messing arounnd with photoshop and made a couple of cd covers.

this one is for my new band (assuming we get somewhere)

and this one is for brodycatsmouth's band i'll gladly make more for a free cd :> 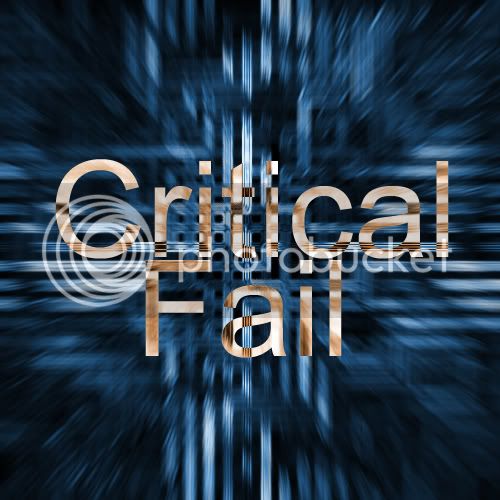 well...
apperently my girlfriend broke up with me two weeks ago, and i just found out yesterday. that would explain why she didn't return any of my calls. i had to find out the hard way. i cant believe after a year and a half she doesnt have the guts to tell me??

so when i got home from work, i had a beer (just one cuz i couldn't find my tea) and i cried myself to sleep.
i still have her picture in my wallet

love can be good to you at times
and other times it just turns around and bites you in the ass.

kay it's like fuggin midnight... my brother came home from campin early cuz he fell asleep in poison ivy and now has it in his eye. some boy scout he is, cant even the the fuckin difference between shit and and poison ivy.

poor dumbass... i'm so happy for him. he's following in my footsteps of stupidity *gleems with pride*
cept i never had poison ivy in my eye, i just broke my right arm twice in a six month period. long story short, trampoline.

well off to bed